Learn how to use Reason and Pro Tools together.

VST & ReWire Support Use FL Studio as a VST plugin or with ReWire. Multi-touch Designed for touch control. Live DJ Control Powerful live performance, clip-triggering. Advanced Help System Context aware manual (press F1). MIDI Learn Powerful MIDI controller linking options. Visualizer effects Plugin Render 4K videos straight from FL Studio. ReWire is only available for Windows and Mac, but Linux users have Jack Transport as an alternative for achieving similar results. It allows you to connect and synchronise multiple software applications, meaning that they will run side by side while passing Audio/MIDI information between them. Studio One supports all plug-in formats ReWire, VST, AU, including new. Studio One 3 download fast and with single click from our site, no waiting, no borring ads, simple click and download system it's only what you need to do if you choose newest software PreSonus Studio One 3 Professional With Crack - Patch. Using Live with ReWire. Live Versions: All Operating System: All ReWire is a software protocol jointly developed by Propellerhead and Steinberg, allowing audio and MIDI transfer between two DAWs.One DAW is the ReWire Host, and the other is the ReWire Device.

This article, written by hit songwriter/ producer, educator and music technology pioneer, Jason O'Bryan, discusses how to ReWire to Pro Tools and goes into details and 'how-to' steps about using ReWire with other DAW's such as Ableton, Reason, and Logic. With over 20 years of studio experience, Jason O'Bryan has worked as an Audio Engineer, Record Producer, and educator in London, Jamaica, New York, Los Angeles, and Sydney. Along the way he found the time to help found the infamous UK band 'Dub Pistols' and tour the world as a performer.

For those who need some background, ReWire is a software technology created by Propellerhead Software which allows two stand-alone audio applications to work together, allowing the program to route multiple channels of audio internally into the Pro Tools mixer.

It is a naive audio engineer that limits himself solely to one DAW platform exclusively. All systems have their benefits, with Pro Tools undoubtedly being noted as the professional’s choice for recording and mixing audio content; but Logic Pro X’s MIDI capabilities offer rewarding creative possibilities that can transform your productions as well - let’s not disregard Ableton’s incredible time warping and bending functionality, or the futuristic instruments or Reason’s infinite routing capabilities. Why not take advantage of the best elements each DAW has to offer in order to craft your productions? The good news is you can and quite simply.

In this series of tutorials we will look at the possibilities for synching three of the most popular DAW alternatives to Pro Tools (Logic X, Live and Reason). In all examples we will be using Pro Tools as the ‘master’.

Synchronization is not a new concept in the world of audio engineering, used commonly in the past to lock multiple tape machines to increase track count, sound to picture or hardware made by multiple manufacturers. In this era of everything in the box, it’s easy to overlook the alternative options possible through synchronization of a system.

Synchronization, in simple terms, works on the concept of a ‘master’ and ‘slave’. There can only, by definition, be one ‘master’ in a system. The ‘master’ transmits timing and positional information via ‘timecode’ to the slave device to enable synchronization. When do we start? Where are we? And how fast are we going?

The analogy of the drummer works well to explain the concept, a drummer counts the band in to signal the start point, provides timing information through dividing the bars with high hats and snares and sends positional information via crashes and drum rolls. In this basic example the drummer is the ‘master’ and the musicians are the ‘slaves’ working to the ‘external clock’ of the drummer. 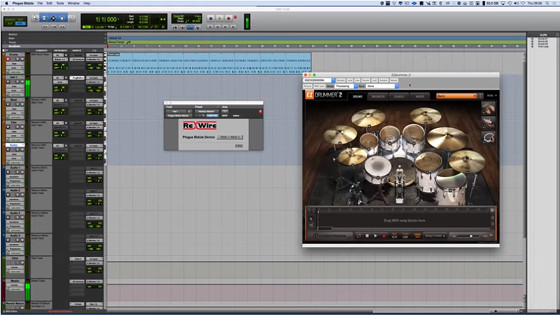 Note: The following tutorials were created using the Macintosh Platform, but in most cases the information is not exclusive.

ReWire is a system designed for transferring audio and MIDI data from one application to another in real time, this method can be utilized for the syncing of both Reason and Abelton Live with Pro Tools working using the ‘master’ and ‘slave’ principle.

Think of ReWire as a series of virtual internal cables that connect computer applications. ReWire enables the streaming of audio from ‘slave’ to ‘master’ applications and also allows the ‘masters’ transport to control the ‘slaves’ playback. ReWire also provides the ability to send MIDI data between the two applications (in both directions); this allows you to send MIDI from Pro Tools to a slave application (Reason/Live) for external MIDI control of the slave’s instrument and effect devices. In ReWire a 'master' application is referred to as a 'host' application.

Logic X integration works slightly differently, due to the fact that it cannot operate as a slave and will be discussed in part two of this tutorial.

Note: The following tutorials presume you have a basic knowledge of Pro Tools and the DAW application you wish to sync.

In order for rewire to work correctly, the ‘master’ application (Pro Tools) must always be opened before the ‘slave’ application (Reason/Live) to establish the correct hierarchy. The process for shutting down applications is reversed and you should quit the slave application prior to quitting the master application.

To check the settings for your applications, navigate to your computers application folder, locate the application’s icon, command click on the Icon and select ‘Get info’. The ‘Open in 32-Bit Mode’ option should be un-checked to select 64-bit mode.

Rewire requires the setting up of the flow of both audio and MIDI from one application to the other. We will look at the audio side of the process first. The following method will allow the audio from Reason to be combined and input into Pro Tools arriving on a stereo audio track in the mixer.

1. Ensure that Reason is not open.

4. In Pro Tools Mix or Edit window, click Insert A,

5. Select Multichannel Plug-in from the menu and choose Reason (Stereo) from the instruments drop-down menu.

The Reason application will launch automatically.

1. Create an Instrument in Reason (in this example I have chosen ‘Thor’).

3. In the Pro Tools Mix/Edit window check that the instrument is visible on the track by selecting it (View>Mix/Edit Window Views>Instruments).

4. Select Thor 1 (Inst) from the ‘none’ (shown below) drop down menu on the Instrument track. This sends the MIDI generated by Pro Tools on that track to Reason.

5. Play some notes on your MIDI keyboard or input some data into the Pro Tools MIDI editor, Reason’s instrument will now be triggered from Pro Tools.

1. Ensure that Abelton is not open.

4. In Pro Tools Mix or Edit window, click Insert A,

5. Select Multichannel Plug-in from the menu and choose Ableton Live (Stereo) from the instruments drop-down menu.

6. Launch Ableton (it should say ‘Running as ReWire Slave’ in the start-up window)

8. Create an audio or MIDI track in Ableton and add an audio file or input some MIDI data.

9. Select In/Out from the View Menu in Abelton to see the new tracks input/output routing, now set the track’s ‘Audio To’ to ReWire and underneath select Mix L/R.

10. Press play in Pro Tools or Abelton, you should now hear the Abelton’s audio passing through Pro Tools, to clarify everything is correct check the VU meters in Pro Tools.

2. Create a MIDI Instrument in Abelton.

3. In the Pro Tools Mix/Edit window check that the instrument is visible on the track by selecting it (View>Mix/Edit Window Views>Instruments).

4. Set the Pro Tools Instrument track’s MIDI outputs (labeled ‘none’ in the image below) to the Abelton Instrument’s name (Bells1 High in the example below).

6. Play some notes on your MIDI keyboard or input some data into the Pro Tools MIDI editor, the Abelton instrument will now be triggered from Pro Tools.

If you wish to record the slave’s audio into Pro Tools simply set the output bus of the Pro Tools Instrument track to an available input bus on an audio track and record the audio (remember to turn on input monitoring to allow monitoring prior to recording).

Although Pro Tools and the slave application are connected via ReWire, they are still running independently. When closing your sessions you will need to save each application’s data separately. Saving the Pro Tools session will not automatically save the slave’s session.

This tutorial aims to give you a basic understanding of the concept of using ReWire to synchronize applications in order to whet your appetite. In Part 2 of this series of tutorials we will look at Synchronizing Pro Tools with Logic Pro X.

Peter Hooten of ‘The Farm’ was known for one of the most popular UK hits, ‘All Together Now’ in the early nineties. It was the era of bands such as the Stone Roses and Happy Mondays, whose ecstasy infused a hybrid of rock and acid house, that carried the sentiment of peace, love and unity. The period and its' chemical accelerants saw a coming together of all walks of life on the dance floor, one nation under a groove’ from city bankers, football hooligans, black, white, rich and poor, who all found a common ground at the underground raves springing up across the country each weekend.

In all aspects of our lives, we subconsciously mix and match the best elements to form a new and inspired understanding. Musically, the most interesting periods occur when fusions take place and new genres are born. This ‘remix’ philosophy of ‘copy, transform and combine’ permeates in all aspects of our lives, taking the best elements available and combining them to create something new, which is the core concept of all great innovations. So why should this approach end at the studio door? 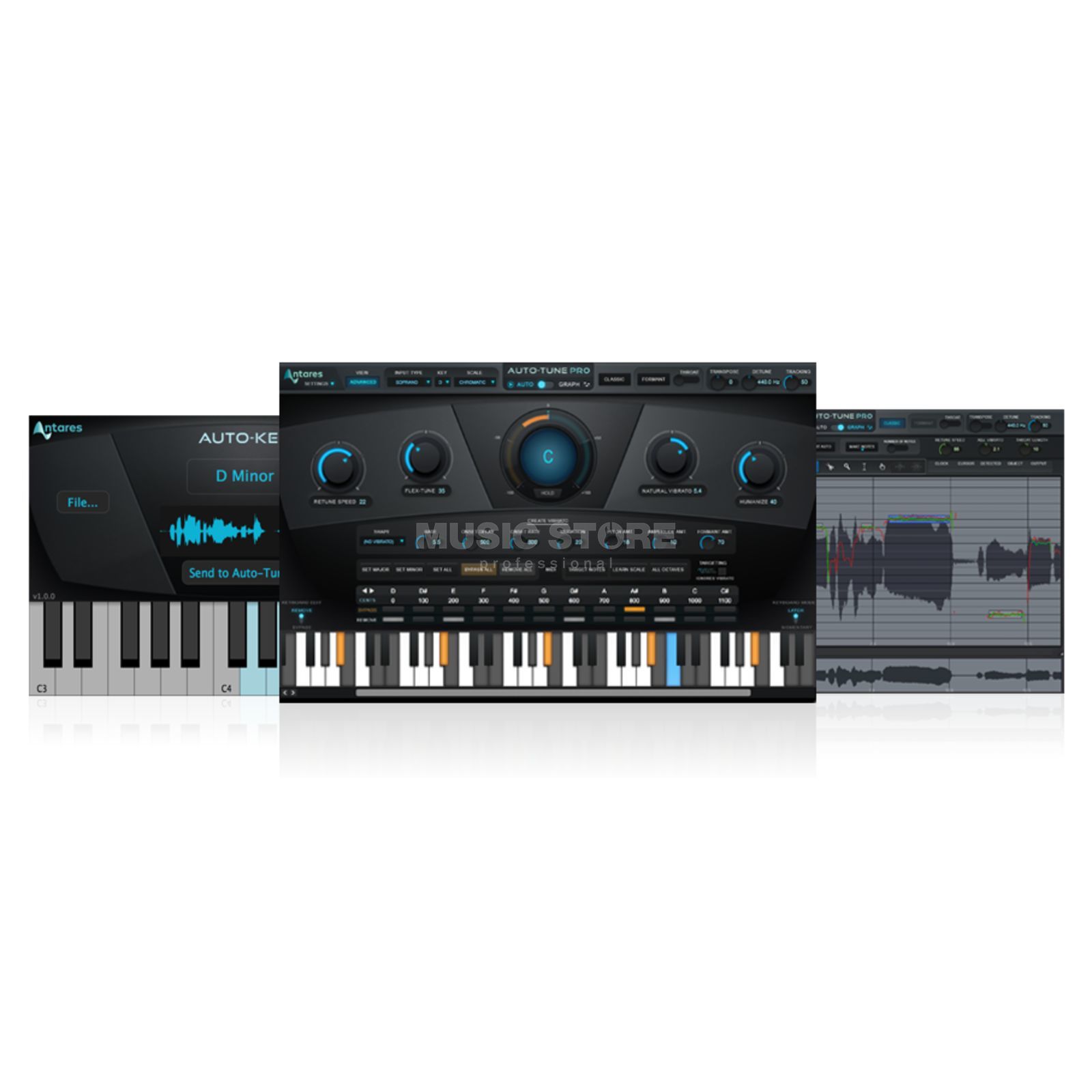 ReWire supports streaming of up to 256 (Cubase Artist: 128) separate audio channels. The exact number of available ReWire channels depends on the synthesizer application. The ReWire device panels in Cubase allow you to activate the channels you that want to use.

You have enabled the ReWire application that you want to use in the ReWire Setup dialog.

The activated ReWire channels are added to the project.

Deactivating ReWire channels in the ReWire panel, removes the channels from your project. All associated automation or parameter settings are lost.