I have so many memories of this game. Good, bad, and some… kinda stinky and nasty.

It has nothing to do with the cartoon show and just about everything to do with the original virtual pets. You remember Tamagotchi? There was a line for boys, called Digimon. The point was that this wasn’t a mere pet. No, this was a monster. You wanted this thing to grow up big and strong, so that it tear the other kids’ monsters apart. You wanted this thing to strike fear into the hearts of your opponents. This wasn’t Pokemon, where you love your Pokemon and everyone has a good laugh while the monsters fight. No. Here, they can die. You don’t heal them soon enough, they’ll die. And you’ll feel bad, because you failed. And the other kid? He’ll laugh at you because you just helped his monster get even stronger. Yeah, this was the bonafide cockfight that everyone accused Pokemon of being.

Well, just about all that is in this game. It basically serves as an expansion of the virtual pets, letting you explore the world of the DIgimon instead of just being some kid who’s enslaved one in a tiny machine. So, instead of pitting your monster against other kids’ monsters, you pit them against wild monsters instead. “Random” encounters are usually recolors of “boss” or mascot monsters, except that they’re not really all that random. The battles take place in the same map, just like Chrono Trigger (something I wish more games would do). And instead of just being a monster raising sim, it’s a monster raising sim with a story and a recruiting sim. It’s a weird game.

At first, battles will seem like they’re automatically played. All you can do is watch your monster kill or be killed, or tell it to run away. You can also throw items at it. As you increase its intelligence, however, you can use more commands such as “Defend” or “Stay the heck away from that guy” and you’ll even open up the possibility to directly tell your killing machine to “blast that guy with a fireball of horrible, fiery death!” Battles aren’t turned based, either, and instead are played out in real time, although there will be times when all the characters do are just run after each other. It’s a simple system and is actually a lot more complicated than its virtual pet incarnation. 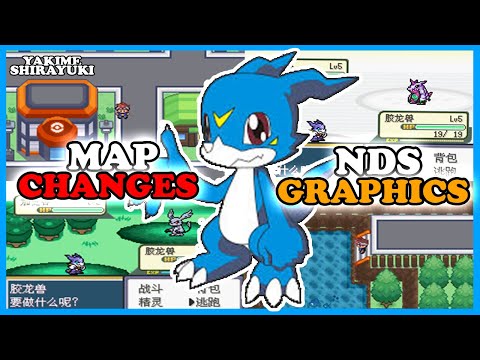 The gameplay in general is very much like a cross between and RPG and a virtual pet sim. You can buy or sell items. You feed your monster, clean up after its mess, give it exercise, teach it, tell it “good night”, praise it, chastise it, cry when it dies, and welcome its replacement. There’s a town that starts off very sad looking and bare, but throughout your travels, you’ll find Digimon that will go to your town and build stuff (like an arena!) as long as you meet certain requirements.

The graphics are hit and miss. All the backgrounds are beautiful. The back of the case boasts that each screen is hand drawn. I don’t know how true that is (everything seems like CG), but it’s pretty. The 3D models, though, range from acceptable to ugly. And the two or three FMVs in the game have horrible, ugly people walking around. Fortunately, they don’t really focus too much on them.

The sound is… Well… Again, hit-or-miss. Most of the BGM is slow and melodic. It’s forgettable. Most of the time, what you’ll hear is your character’s “grsh grsh” footstep sounds, or your monster’s oddly feminine “graw” roar (unless it’s an awesome centaurmon or andromon, and then it say “OH YEAH” with a deep voice). Most sounds are just that, environment. There’s nothing here that you’ll want to put in your playlist.

The story is largely forgettable as well. You go back home one day and you’re this crazy Digimon fan. So, obviously, you have one of the virtual pet keychains sitting in the floor of your room. Thing starts to glow, you’re sent through a warp, and you land yourself in the Digital World and you’re introduced to your first Digimon, which is going to be a child (so it skips the infant and baby stages). Usually, you’ll get Agumon or Gabumon. You can get more Digimon later on, like Patamon. So, after this happens, this old Digimon tells you “The Digital World is dying and this town is dying! All the inhabitants have left! Please tell them to come back” and you have no choice but to lie to the old man and tell him you’ll do it. Well, it is in your best interest to get Digimon to join your town, since it opens up more and more options, such as an arena where tournaments are held (and seriously, it’s pretty good stuff), a restaurant so your monster can get all happy and stuff, a hospital, and other useful resources. Apparently, when you get enough Digimon inhabiting your town, you unlock the final dungeon and can fight the final boss… but I never did any of that because I was making sure my monster was well fed and ready to maul whatever was stupid enough to come against us in the arena.

There’s a multiplayer mode where you and friend can make your monsters fight by putting a second memory card (for your friend) and each choosing a team of registered monsters. Then, it plays out like an arena match. Unlike the virtual pets, if your monster loses, nothing bad happens. Heck, most of the times, the monster you choose will be the best monster you’ve managed to raise and might already have been long dead. It’s usually a tearful reunion.

So, do I recommend this game? Yes, I do, if you want to lose hours of your life to it. Actually, I don’t think anyone will be in danger of that anymore, since the franchise is practically dead and no one really plays this game anymore. But I grew up with it and I like it a lot. Also, you get to sic your monster dinosaur on other monster dinosaurs. That’s awesome enough to count for something.

Its sequels are all pretty bad though.